If you still have questions or prefer to get help directly from an agent, please submit a request.
We’ll get back to you as soon as possible.

When adding numbers to your block list, you can chose the "Similar numbers" feature which lets you block a large set of phone number that are similar to a number that has been calling you.

To do this in Call Control for Android, simply tap the + button from the Home Screen and then select "Similar numbers". 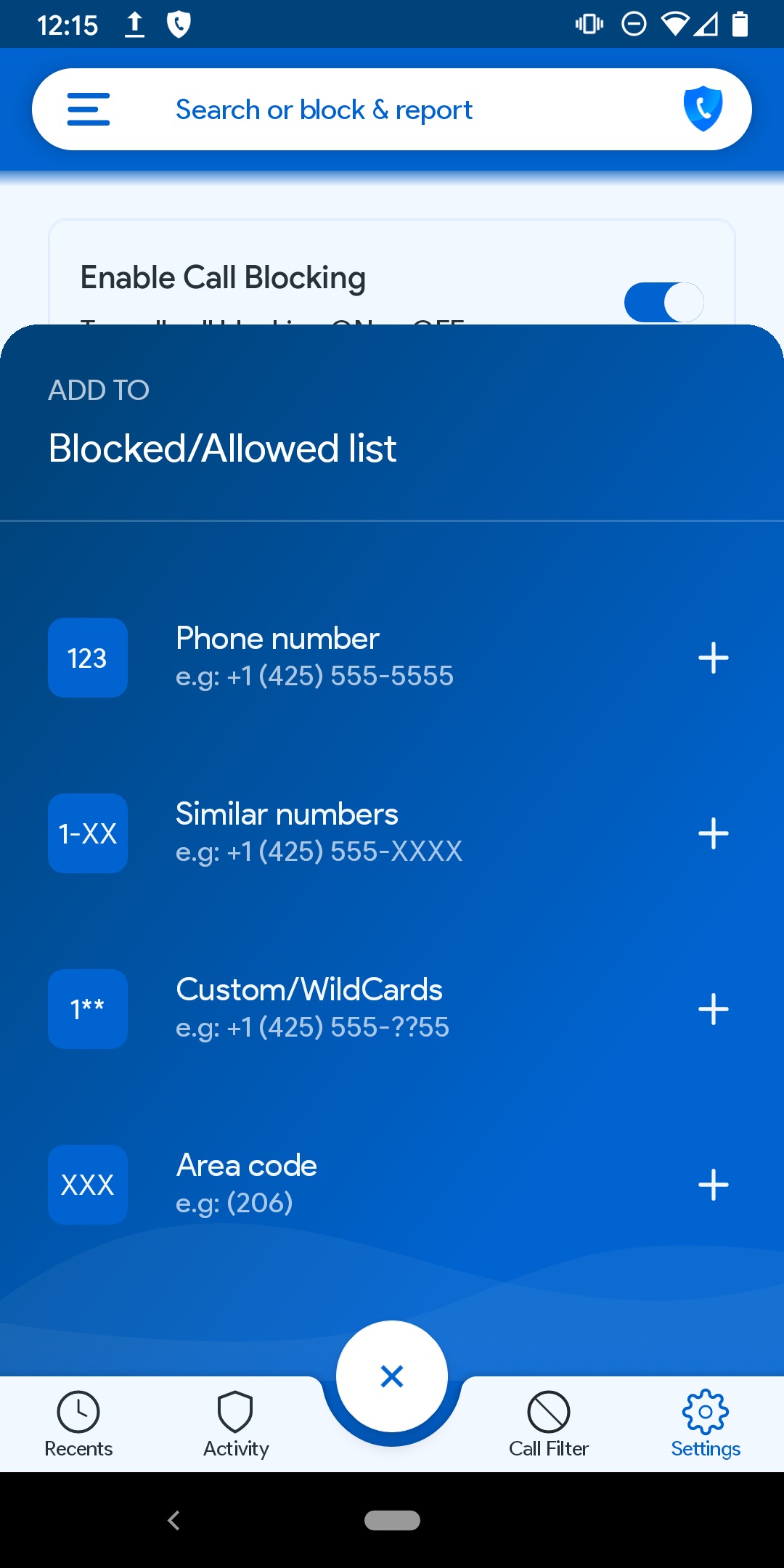 Next, enter the phone number that you would like to block numbers that are similar.  In this example, we have entered 425-555-1234. 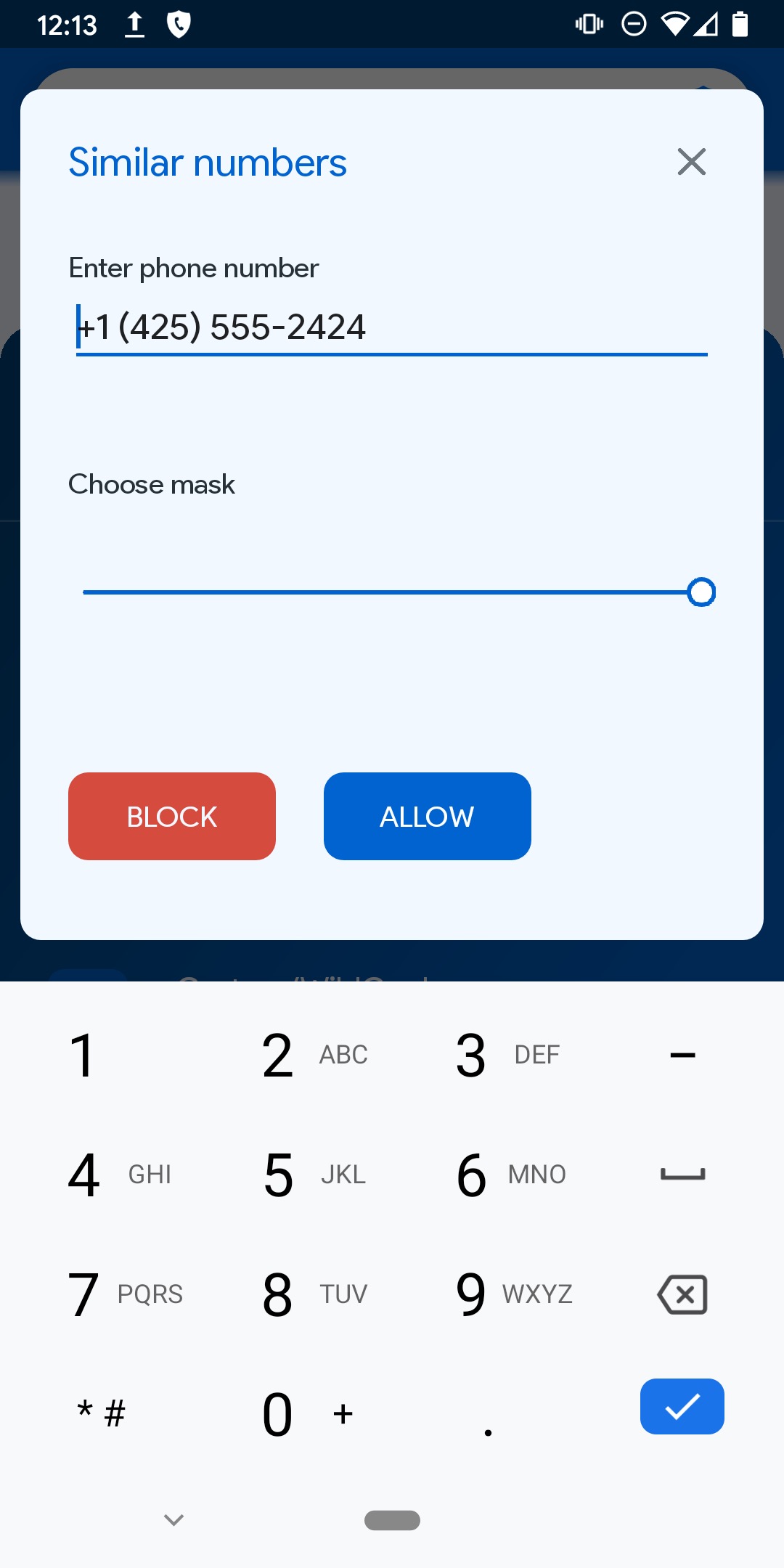 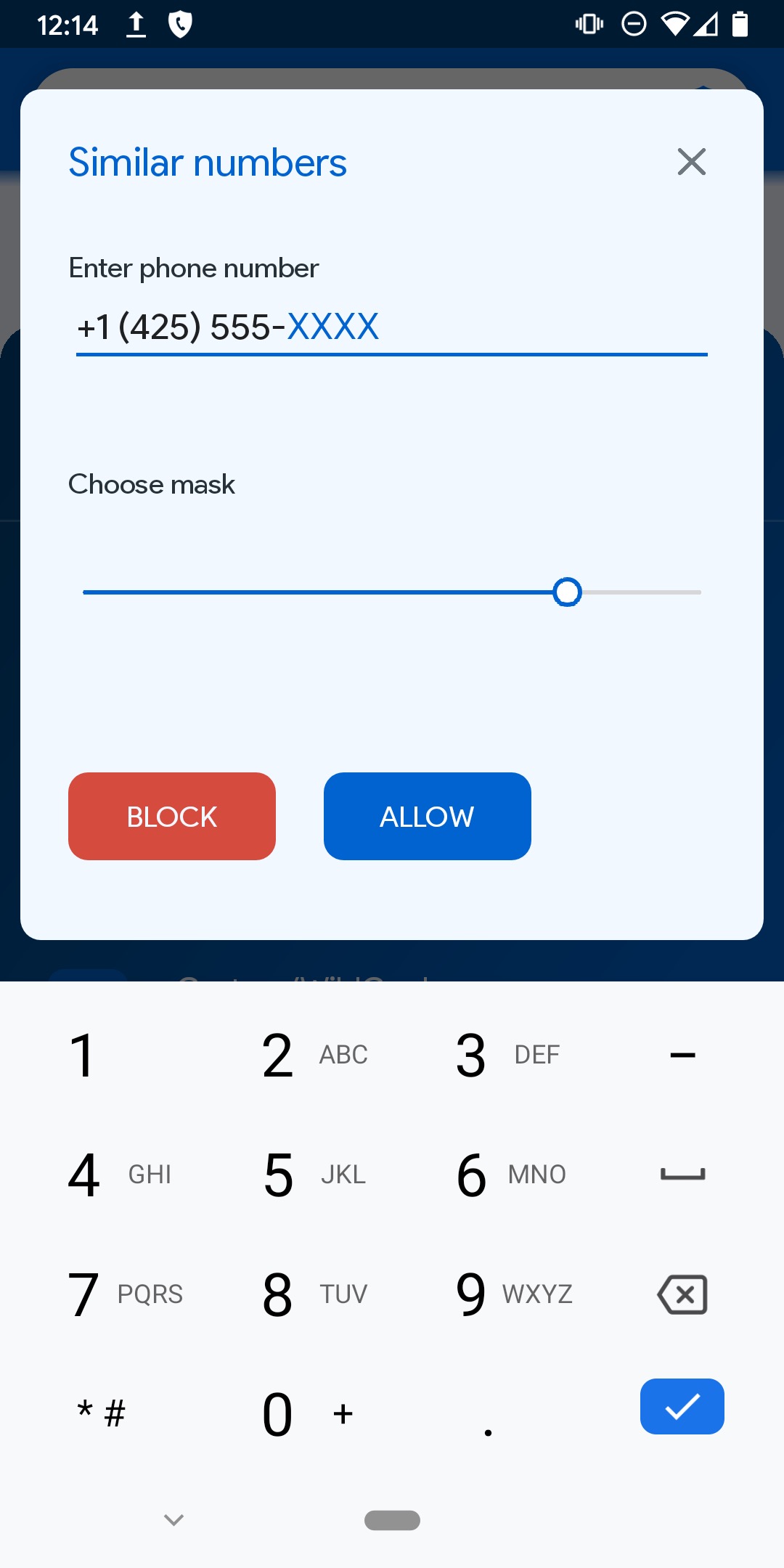